Follow the wire from the outside - from the pole follow the wire to where it enters the building - or the wire comes up from the ground into the grey capping then into the nearest socket usually just the other side of the wall. In houses built in the 70s wire came up in the cavity termiated behind the TIS plate (plain square white blank plate with square hole in the middle) then onwards usually onto the master socket.

Adsl Filtered Face Plate
Here are two types of Broadband filter face plates added onto a NTE5 .
Same principal applies just remove the two screws until you are left with the test socket exposed, as shown at the top. 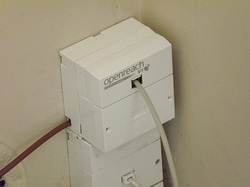 BT i﻿nfinity
This the BT infinity face plate added on to a standard NTE5. Although these look different they do the same job as any other face plate . Thats why BT use them to achieve the high speeds of Infinity.
Unfortunately BT will only install them directly on the existing NTE5 where ever that may be. Even if its no where near your usual modem routers location. Leaving you or me with a cabling job. 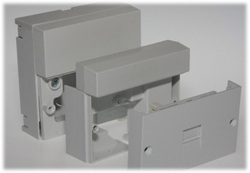 iplate
Here is the iplate added onto the NTE5 .
Same principal applies just remove the two screws until you are left with the test socket exposed, as shown at the top.
These work slightly different to the above, and when tested head to head are not nearly as good as a face plate. Fairly nasty. They are a work round - rather than fix the under lying problem. 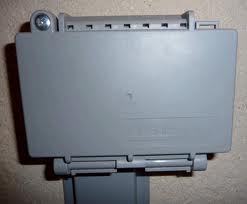 ﻿External NTE
From Dec 2008 for a while BT started installing External NTEs on some new build properties.
The box is located on the exterior of the premises allowing BT Openreach Engineers easy access for testing etc and are clearly marked "Wiring and equipment from this point belongs to the property owner. Where Openreach attend for a reported fault and determine that the fault is beyond this point the visit and any work will be chargeable."

​    BT appear to be connecting these new units internally to LJU's (non NTE5 sockets) which unfortunately means that there is no internal test socket for the customer. 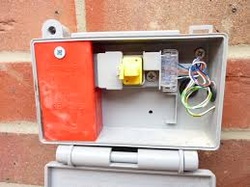 Inside the External NTE box
For testing purposes the External NTE unit contains a yellow plug ( lightning protector) which can be removed to disconnect the customer owned wiring. Sometimes the lightning protector its self goes faulty.
​    Inside the grey NTE is a red tamper proof unit where the BT's wire terminates. End users (you or your electrician) can connect to the see through portion on the right. The terminals are IDC - Insulation Displacment Connector (as in dont strip the wires) just lift the see through bit, shove the wires in and push it back down again) labeled 2, 3 & 5. If you have broadband the bell circuit or number 3 wire (usually orange/with white fleck) can be left unconnected in order to reduce interference on adsl enabled lines.